Into the Desert, Classic.

Posted on July 17, 2012 by TheSpinningDancer

My Trophy, Claus, runs away triumphant from the Desert Classic TRex.

The week prior to Desert Classic, was not a good week for TheSpinningDancer. The cayos theory was in full effect. The butterfly was having a conniption fit in the rain forest and a minor car accident (everyone is fine) in the OC left me with no longer a good driver discount on my insurance and once again dress-less for the Embassy Ballroom competition. The late night practice lessons with Tina of our Viennese Waltz left me on the floor sweating pink (from my red hair dye) and burping on the floor from spinning with out spotting and terrible nausea (added bonus: the PMS didn’t help either). Work was of course at crunch time, the big push trying to get something out and the seemingly endless stress trap of my life had no escape hatches and I was left in bed at night clutching my poor kitties.

To sum up, considering the build up, I wasn’t expecting much from my journey to Desert Classic. In the state I was in, my little jaunt into the desert was already ruined. It was just one more thing I was going to have to drag my butt to.

The lonely drive to the Desert was powered completely by anxiety. The very real thought of going out alone to do solo’s on the floor made my stomach sour. As my guts spilled out, waves of panic would hit me and the self loathing began. Why am I doing this to myself? Every time, every time you want to die, dying is so much easier, I don’t have to dance, I could just not dance and watch and stay at the hotel. That would make everything better, good plan, good adult decision.

I arrived at the hotel and parked. Big mistake. With my suitcase, camera bags, dance shoe bags, and costume bag loaded with two full costumes, I should have hired a sherpa to get me to the lobby. I found my way to the shortest path to the lobby and saw stairs. Yes I did, I thumped my rolly suit case up every one of those stupid steps (Yes, thump weird Sir, thump I am making my thump presence known, thump but you could also offer to help thump.), and dragged it (what seemed like a mile) to check in.

Oh, didn’t mention that I was running late to see Tina and Sean compete? Well, I was. Every person to help with check in was busy with a Von Trapp family and I swear they were all haggling over the price of something. When I was finally called over and told that Tina hadn’t checked in yet and because she made the reservation, I could not check in yet, all the while being fully aware of the fact that Tina had no only checked in, but checked in the day before, I started to become… upset. Not bad upset, just confused and there was no one who wanted to help me upset. As the looks of disdain at me came apparent, I became officially in a state. All of the weeks events rose up in me as I reached for my phone and luckily a quick phone call cleared up the mess before my state could explode all over the lobby.

I was then drawn an actual map to my room. Up one elevator, take 3 long corridors all the way to the end, go down an elevator, through a set of doors and there you will find your room. Could you please say that again? This was gonna be awesome.

By the time I got to my room I had been gutted. There would be no joy in Mudsville. I did the only thing I knew I wanted to do, I grabbed my camera and met Tina in the ballroom. As a dance student, sometimes it is hard to look at Tina and not feel inadequate, but as a photographer, she never anything but a perfect muse. 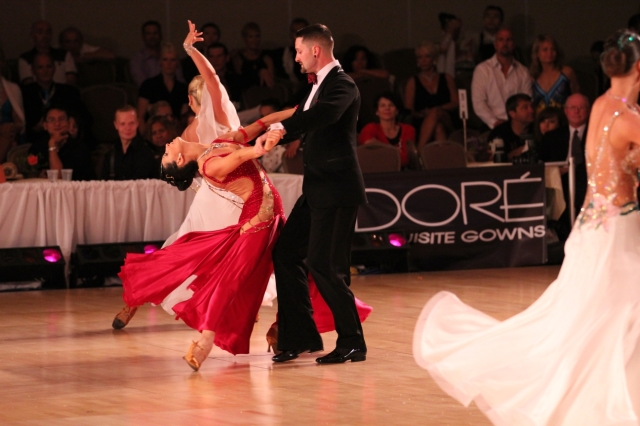 Brought back from my state with some good company and some good shots I became aware it was midnight and the looming deadline of the early morning (execution) routines brought a wave of anxiety back on me.

I felt so much anxiety in my room that night, it was so stupid, I had to slept with the TV on because an old episode of Law and Order was on and Lennie Briscoe’s voice was just something familiar and that was somehow calming.

My alarm went off at 7:30am. Not the most unreasonable wake up time but my sleep was light and unsatisfying. I don’t think I’d ever been more happy to see a text that early either. Katie was on her way from Pasadena. Would be there by 8:30 to help with hair. I couldn’t believe what a rock star friend I had. She was amazing. She did my hair, seemed to bring everything that I had forgotten without asking and even got my eyelashes on. I made it to the warm up room right on time to catch my first glimpse of Tina in full costume.

She is the doll maker and I am the doll in our weird but sweet V. Waltz.

Seeing her down there like that made my life. Talk about just a rock star of a human being. I’m so lucky to have these people in my life. As comforting as it was, my legs were shaking hard. It was so hard to control the nerves. Tina could feel them failing me as we started to rehearse and she just started throwing me out in Lindy Whips to get the nerves out. It worked. (Safety Tip kids, if you do experience nerves like that, keep moving, it really helps.)

We went into the ballroom and it all happened. The Viennese and the Lindy Hop soon after. I don’t really remember much, I know that the cart-wheel mount on to Tina wasn’t pretty, but it happened, because I felt her arms clamp around my waist with a vice like gripping action. (There it is, the only thing I really remember is someone literally having my back. Go Tina.) I have the video, so I know it happened. I watched it and much to my delight, didn’t want to die after viewing it. (Big step peeps, am I right???)

Katie had to leave so I settled into the ballroom to watch Rick and Tina compete, once again armed with my camera of happiness I was able to calm down and zen. 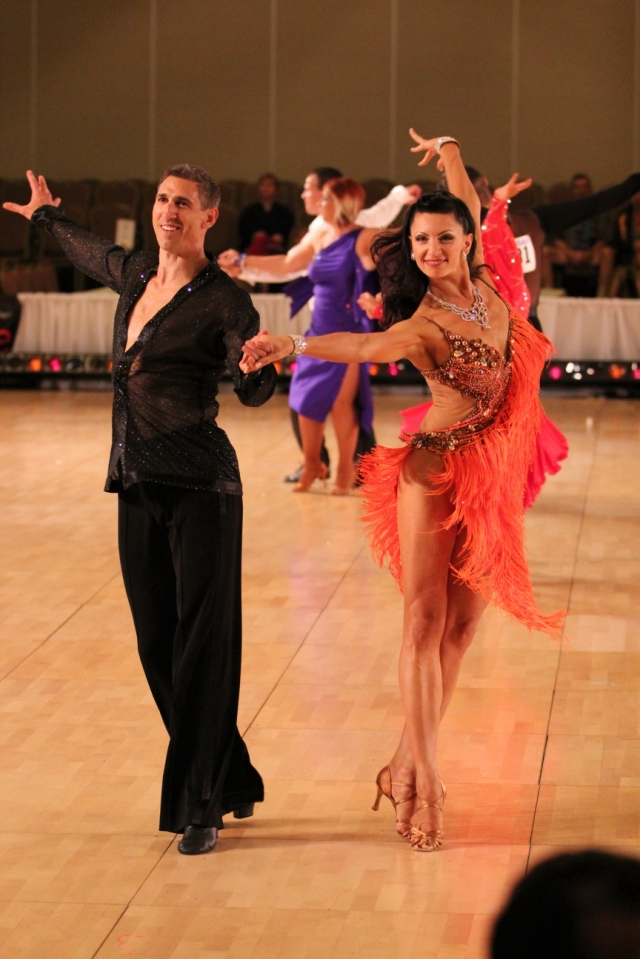 After a while the uncontrollable urge to shower was upon me and I made my way back to the room where I remembered over the long walk back that I was mad at the hotel for how they treated me at check in and decided to use one of their towels. Oh what a threat you think, but I know the power of my red hair dye…

A little vengeance taken out in the form of destruction, a couple of martini’s and some good food made me human again and I once again headed back to the ballroom for the Pro Competition. There I met up with Rick and Tina. Rick causally asks if they have announced the top studio top, student awards. I replied with, “They keep threatening, but not yet.”

Two minutes later there is a runner yelling at Tina for us to be on the on deck circle. I froze. My first thought was I was in trouble for taking pictures. As we got up Tina turned to me, “Ready to do another solo?” I laughed. She said it again and my legs started to give. She let out a triumphant laugh and smiled, “You’re getting an award.”

2012 Top Solo went to my Sinatra inspired Lindy Hop. It looks like I was awarded two gold statues, sadly Tina was not included.

Slack jawed and stunned I stumbled through the great jobs and grunted out as sincerely as I could muster the best thank you’s I could give.

Next up Embassy Ball with this very strong Bulgarian…

7 Responses to Into the Desert, Classic.